I'm Senior Research Data Scientist with Computer Science and Applied Math background. For over 25 years I've been working on the applications of Artificial Intelligence and Data Science for border control and public safety, 22 years of which within the Government of Canada, including 5 years in bilingual Manager position - focused on addressing real-life problems through innovation and development of data-driven solutions.

I've authored some award-winning scientific papers and inventions, including the Nouse® (Nose as Mouse) Intelligent Vision Interface, which was featured world-wide and acquired as an artefact by the Canada Science and Technology Museum in Ottawa, received some Academic and Government awards, including "Outstanding Scientific Achievement" award from the National Research Council of Canada and the Cultural Diversity Leadership award from University of Alberta," and named the "Leader of Tomorrow" by the Partnership Group for Science and Engineering of the Royal Academy of Sciences of Canada.

Apart of Science, I do gymnastics (once a member of the Ukrainian U-14 Olympic team and the University of Alberta gymnastics team), compose music, translate poetry; a father of four children, two of whom received Governor General's Academic Medal, listed in www.gg.ca (here and here).

Lately, I have become an advocate for Open Canada Data and Scientific Integrity, specifically in the context of the data-driven evidence related to efficacy and safety of COVID-19 vaccines and policies. Read my Open Letter to Chief Science Advisor of Canada (14 April 2022), check out Open Canada Deaths Tracker App that I have developed, subscribe to my Substack Newsletter to learn more.

I can be reached at [name]@gorodnichy.ca or [name]@ivim.ca.
IVIM is the company that we've founded with my wife in 2007 to support various community projects.
You can check some our contributions to the commumity featured at CBC (here and here). 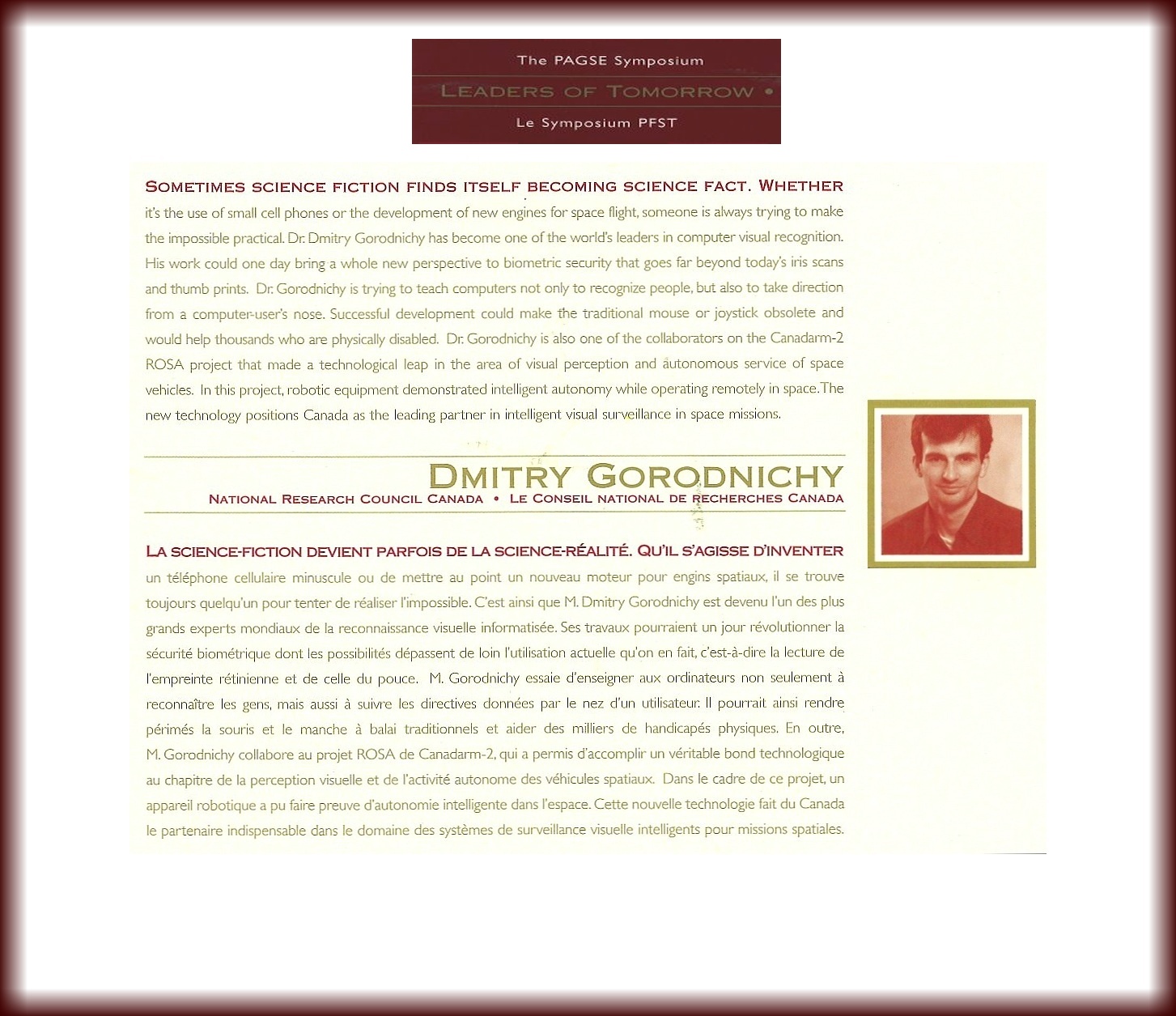 Printout from “Leaders of Tomorrow” brochure